Is Arts Patronage in NFTs Dead? 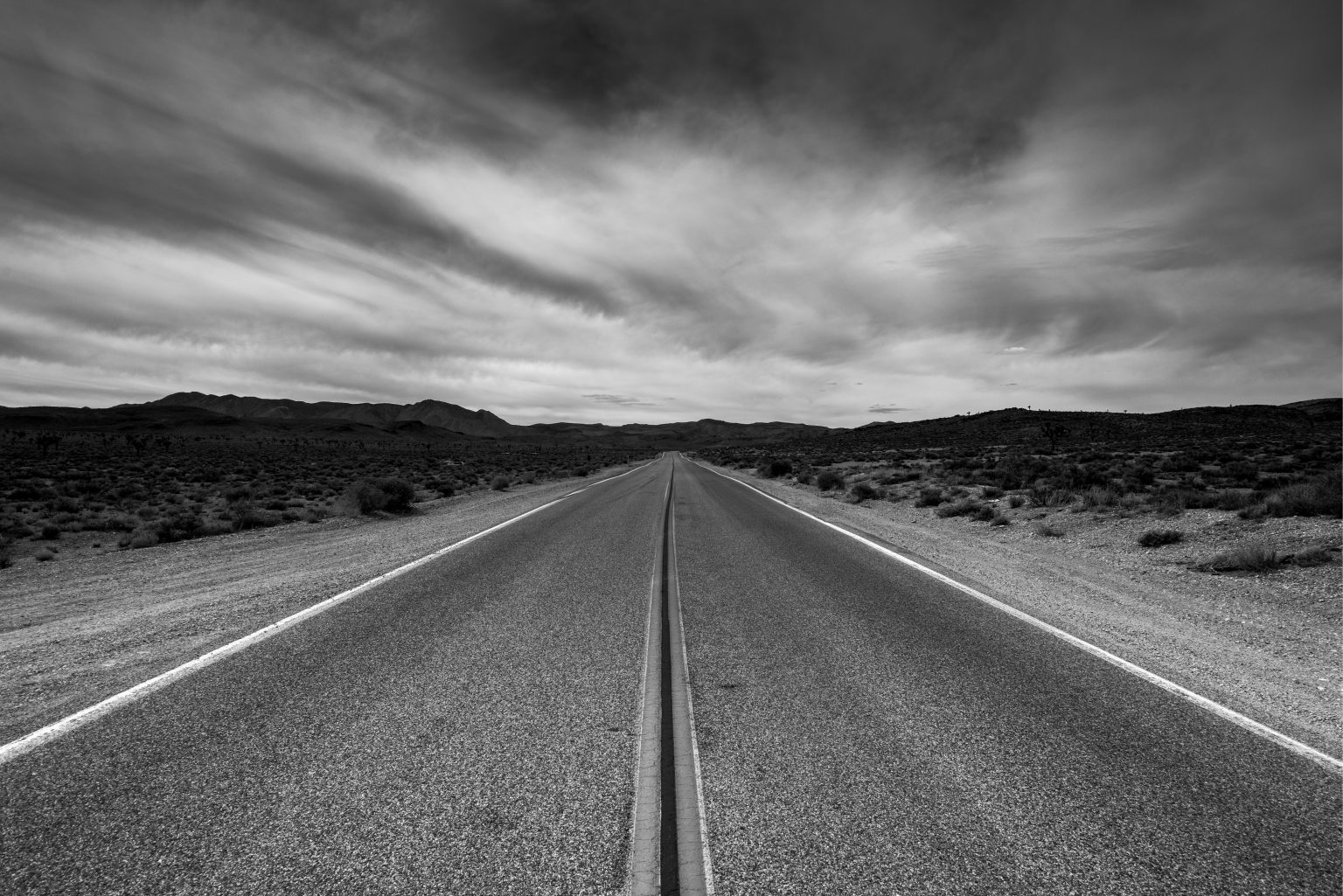 Not too long ago, I remember talking about arts patronage in NFTs; with a rather grim tone. What was supposed to be the solution to middle-class arts patronage soon turned into a mega-hype train, and is now at its economic “peak”.

However, hype and FOMO are the essential drivers of NFT adoption, patronage of the arts… not so much. Is there anything we can do to bring arts patronage back from the dead? At the moment, this is a tall order.

Expectations rarely match our reality. For NFTs, reality exceeded expectations in some areas. $27 billion worth of NFT sales in 2021 — what more do you want!

However, something crucial at the start has been pushed further and further away from the end-goal of the NFT universe. Just like how DeFi and anonymity are being cast aside by some crypto investors, few NFT collectors are even looking at the artistic element of a piece of work anymore.

When the first NFT collections were born, I’m sure arts patronage was taken into consideration. The concept of digital art curation, appreciation, as well as the wonder of technology making all of this possible was definitely a fascinating one back then.

Perhaps people saw NFTs as a way for everyday people to have their very own piece of art. Not everyone can own a Picasso, but most of us can have a one-of-a-kind, digitally scarce, digital artwork. Hence NFTs were born. Furthermore, blockchain technology helps to prove your ownership to the world.

As you may have noticed, things aren’t exactly going this way. While NFTs are booming in popularity, media attention, and most importantly public adoption, art patronage has been utterly ignored!

It’s all about which NFT collection gets the most hype, the influencer endorsement, or even put on the front page of OpenSea. “Great artwork” seems to be another term loosely thrown around in NFT communities; which is totally unrepresentative of arts patronage.

So why is this the case?

It would be naïve to say that “Hype” alone has turned the NFT market into what it is today. Of course, hype got the ball rolling, but many bad apples furthered the extent of disregarding arts patronage.

Let’s get on with the name and shame!

“The Robber Barons” (A.K.A. The Rug Pullers)

A little bit of historical context here: The robber barons, named after ruthless capitalists during the Gilded Age in the United States, were known for their unscrupulous tactics to amass wealth for themselves at anyone else’s expense.

Now of course, robber barons weren’t in the Renaissance era, but it’s close enough. Anyway, all that matters is that these people trick, exploit, and do anything necessary to make money.

Sounds familiar? An exaggerated, but pretty similar description of the rug pullers.

Rug pullers are essentially NFT scammers: They overpromise on a seemingly perfect NFT project, just to collect the funds and run away with the sweet ether with the roadmap entirely abandoned.

So, how does this affect arts patronage?

Well, it creates unnecessary FUD in the NFT community. The term FUD (Fear, Uncertainty, Doubt) is commonly brought up in crypto and NFT spaces when people smell a rat. While the rug pullers increase FUD levels, they’re fueling even more “false hope” and fake hype in the community.

One of the key aspects to the success of an NFT project is the “hype” of a project. Well, I guess most people think that because others are buying, the project is great, and so shall they. But since rug pullers have completely fake NFT projects, a lot of hype is unauthentic.

This fake hype draws away attention from the real worth of the project, or any sense of arts patronage in the collection. When everyone is just saying “To the moon!” or “100x project”, then you know these “robber barons” are just using hype to their advantage.

Please, stay away from suspicious hype. Arts patronage is more important in every sense, and while it may not drive up the price instantly, at least you know the creators are here to stay.

Don’t you find it weird that some influencers, totally unrelated to the NFT space, come out and endorse a previously unheard-of project? The most amusing part is the “Not financial advice!” bit at the bottom which everyone really should be paying more attention to.

Truly, many influencers are working in cahoots with rug pullers just to get their share of the delicious ether pie.

Just take a look at the multiple high-profile scams in the crypto world! FaZe Clan, Kim Kardashian, and most recently a streamer Ice Poseidon, have all made the headlines for their mind-blowing pump-and-dump schemes.

Don’t think for a second that NFTs aren’t affected by this. Oh boy… we’re just getting started!

For every influencer who claims to have found THE NFT project to “Buy Now!”, think twice before joining the cult. Does the NFT project claim to have “Great art”, as a representation of promoting patronage of the arts? I thought so too.

This group is a contentious one… I myself am an NFT flipper. NFT Flippers are the buyers and resellers of different NFT projects, often minting NFT projects with potential and selling them for a profit.

While this is not wrong, there are unethical NFT flippers. Take for example, using bots to fill up NFT whitelists so that one can buy up many NFTs in a particular project and prevent others from getting a shot. Or perhaps using bots to spam the Mint system to grab as many as possible only to dump it a minute later.

There are endless possibilities for NFT Flippers to abuse an originally legitimate project. Especially, the whales and market movers.  For the sake of arts patronage, let’s not allow unethical NFT flippers to artificially inflate or deflate the value of a useful and meaningful project.

Of course, the founders of the project have to implement stringent measures to prevent this from happening.

Bad apples leave a bitter aftertaste; with negative implications in the NFT space. Yes, arts patronage is affected, but for whom?

We previously mentioned the potential for middle-class arts patronage with the power of NFTs. Not only the ownership of digital art for the ordinary person, but also a chance for the aspiring artist to express themself.

Traditional art auctions are extremely difficult to enter as an artist. Heck, I haven’t a clue what separates  a good artist from a world-renowned one! But using blockchain technology and the concept of NFTs, anybody’s creative piece can reach the masses.

The sad truth is, great art does not reward as well as hyped art.

While I have been criticizing the NFT space throughout the article thus far, I certainly don’t mean that the entire sector is doomed. In fact, many NFT collections display prime examples of arts patronage, just that art appreciation takes on multiple forms.

The blue-chip projects like CryptoPunks and BAYC may be considered “overvalued” and expensive for NFTs. However, since they are considered first-generation NFTs, the value lies in their age. This is one aspect of arts patronage, appreciating digital art for its bold history.

Another area to consider is the tech behind NFTs. Quite a number of NFT projects have been praised for their awesome utility, in which paying for the NFT doesn’t just give the holder a JPEG on the blockchain, but comes with other benefits attached. Running an exclusive community or getting premium access to certain events is another reason for arts patronage; appreciation of the technology.

That being said, NFTs have tons of potential. It’s just those that exist for no purpose other than to make the founders rich, those are the ones spoiling arts patronage in the community.

Is This The End For Arts Patronage?

Of course not! Despite being flooded with worthless NFT projects, FUD in the community, and overall mess, some still have not forgotten the importance of arts patronage in NFTs.

Gnars proudly endorses NFT projects with a focus on art patronage, supporting legitimate digital artists trying to break into the industry. We’re also big on pushing concepts like CC0 and are always open to ideas on improving art appreciation in the NFT family.

Yes, definitely stay away from the vices of NFTs. FOMO and FUD in NFT shams are real, your funds not only go down the drain, sadly, but you also contribute to the fake hype by buying the scam.

In time to come, perhaps the NFT market will stabilize and more people will come to understand the real purpose of NFTs. Until then, we’ll have to be the ones rooting for patrons of the arts!