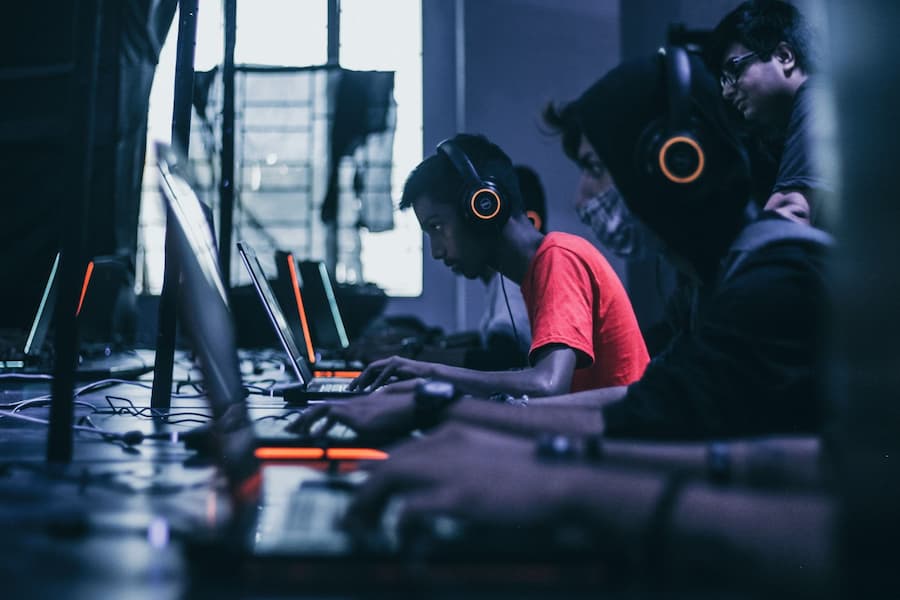 In the past, computer games were something you did for fun. Some of those games were so fun, that you may have even paid for the privilege of playing them.

But today, with the growing use of blockchain technology and the rise of cryptocurrency use in the gaming industry, you can actually get paid to play. And no, you don’t have to be a professional gamer or a live streamer.

Simply by completing activities in the game, and competing with others, you can earn digital assets, worth real money, in a number of ways. In particular, the NFT games 2021 has to offer are rewarding users with valuable, non-fungible tokens that you can sell or exchange.

And some of these NFTs can command a pretty penny. So if you want to start earning valuable digital assets, simply by playing games, then keep reading to discover the best NFT games to play right now.

How Play-to-Earn Games Work on the Blockchain

The gaming industry is huge. And it’s constantly evolving. But the traditional model may be on its way out, which requires players to pay for a game upfront before they can play it.

But one of the fastest-growing trends in the gaming world is the free-to-play model. With free-to-play games, you can play first and only pay later on, if you feel the desire to.

For example, one of the most popular games right now is Fortnite. This is surprising, considering the game is totally free. But the company that created the game still makes bank, to the tune of $1.8 billion in 2019, by selling in-game items.

The gaming industry hasn’t stopped there, though. Now we are seeing more and more play-to-earn games popping up. Not only are games free to play, but you can actually earn money, in the form of tokens, as well as unique items, in the form of NFTs.

This is all thanks to the world of DeFi, or decentralized finance, powered by blockchain technology.

When playing NFT games, you can usually earn various cryptocurrencies by completing tasks and progressing in the game. You can use these in-game to purchase different items, or you can trade them on cryptocurrency exchanges, giving you the option to cash out the rewards you’ve earned.

But you can also earn NFTs, which are unique, tokenized assets. These are usually items that you can use in the game itself but can also be traded.

Wondering why players are rewarded? Because the more that a player engages with the virtual world, the more value they create for other players, as well as for the developers of the game.

So you never have to feel like you are wasting time playing video games anymore. The more time you play, the more tokens and NFTs you can earn. When you’re done, you can sell or trade, having something to show for the hours spent gaming.

So what are the top NFT games you need to know about? These games are rated highly both for gameplay, and the ability to earn these assets, and should be the first on your list to try.

The most popular NFT game available right now is Axie Infinity. If you are even remotely interested in cryptocurrencies and decentralized finance, then you’ve heard about Axie Infinity and the ability to earn valuable NFTs by playing a video game.

The reason that Axie Infinity is so popular is due to its resemblance to Pokemon. In the game, the goal is to breed digital, NFT pets, known as Axies. These Axies are used to battle other players.

Axies are unique thanks to a unique code of genetics, which are then passed down to offspring. Some are more rare, powerful, and sought after than others. 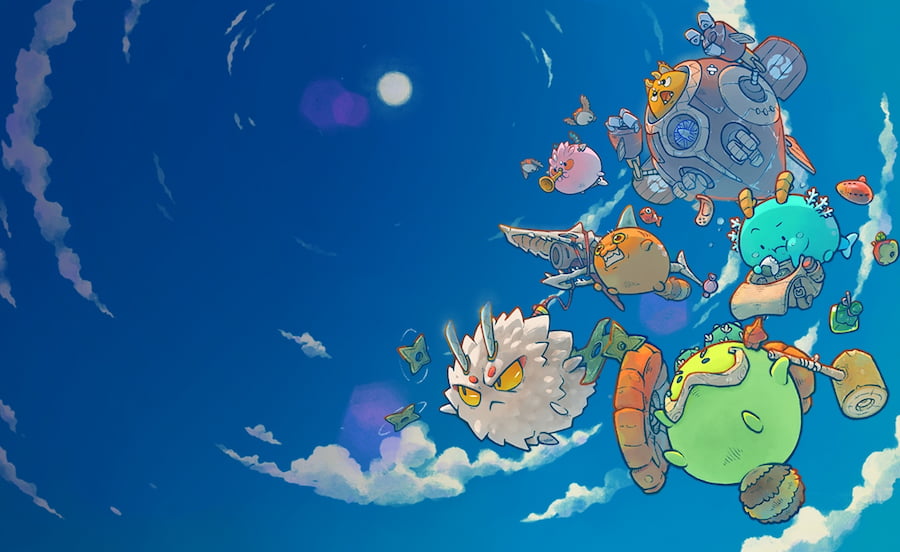 And since the game is based on the Ethereum blockchain, you can trade Axies on NFT marketplaces. So the rare Axies will fetch higher prices than the more common ones.

In order to start playing Axie Infinity, new players first need to purchase three Axies for themselves. You can do this by first acquiring Smooth Love Potion (SLP), which is the game’s native ERC-20 token.

Throughout the game, winning battles with other players and completing quests can reward you with additional SLP, allowing you to purchase new Axies and other in-game assets.

And just for reference, a handful of rare Axies have been sold for tens of thousands of dollars or more. So if you get lucky and breed an Axie with Mystic characteristics, you could be on your way to a nice payday.

Another popular NFT game is the card trading game known as Gods Unchained. Rather than collecting pets, in Gods Unchained, players collect cards and use them to battle against other players.

However, it’s not that the players with the best cards always win. Gods Unchained puts a high emphasis on a player’s skill during battles and matches up those with similar skill ratings. 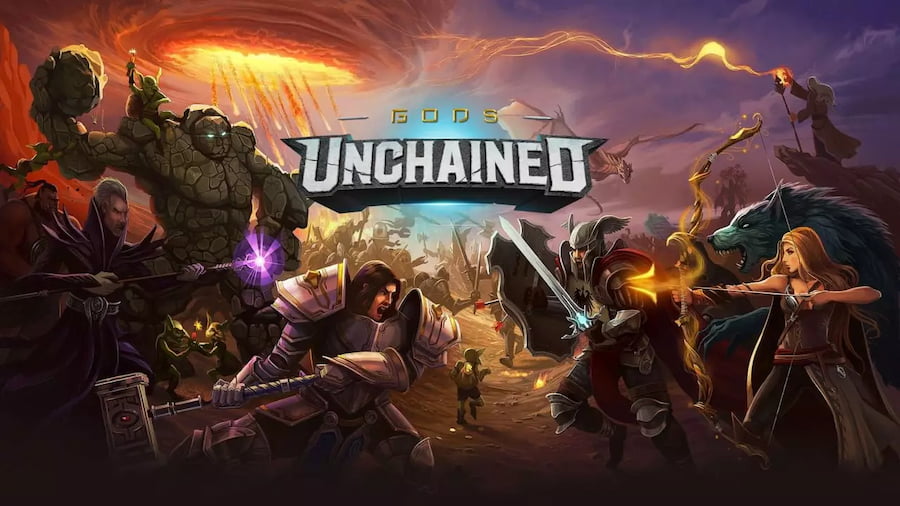 As you win battles by knocking your opponent’s health to zero, you’ll gain experience points. This is familiar to anyone who is familiar with role-playing games.

Upon leveling up, players receive new cards. Cards have real value and you can trade them with other players or sell them on the in-game marketplace or on an external marketplace as NFTs on Ethereum. When selling in-game, players receive the platform’s native token, GODS.

The Sandbox is the blockchain version of Minecraft. It’s an ultra-popular metaverse where players build and trade assets.

Using in-game tools, players can create and animate unique items. They can then sell these through the in-game marketplace to other players.

Players can also create their own custom games on the platform. 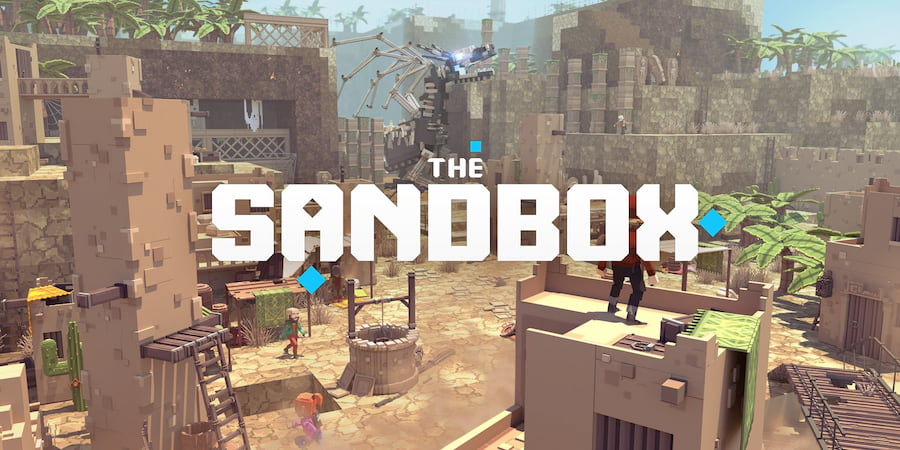 Tokens used in the game are called SAND and can be exchanged on popular marketplaces. It’s used for commerce in the game and can be staked within the platform as well. When staking SAND tokens, users earn 5% of the transaction fees.

LAND is the games’ NFT tokens and can be very valuable. They are unique pieces of digital real estate within the Sandbox ecosystem. Just over 160,000 pieces of LAND are available, making them rare and highly sought after.

Battle Racers is similar to many of the racing games we grew up playing. It involves building up cars with unique weapons and parts to create a fast, powerful machine that can literally crush the competition. 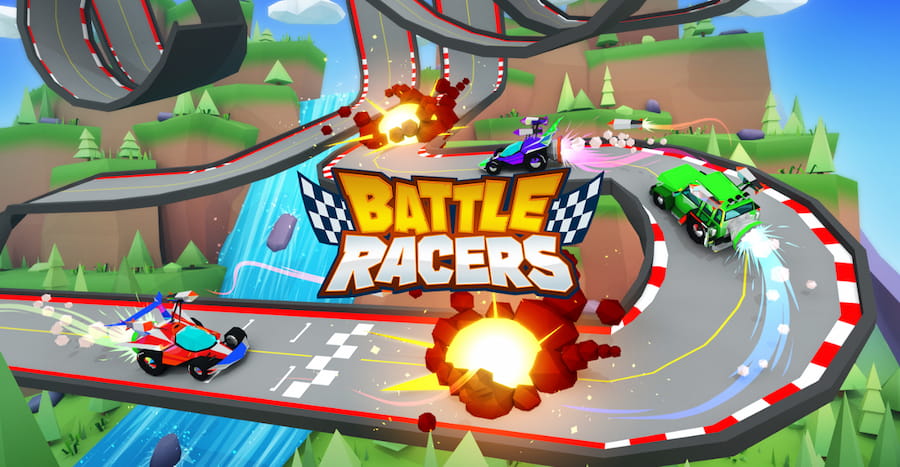 Once you create a winning car, you can actually register it as an NFT, which can then be sold on the OpenSea marketplace. The better you build your cars, the more you can earn.

Battle Racers exists on the Decentraland platform, which is a virtual world in and of itself that lives on the blockchain.

Splinterlands is also an NFT-based collectible card game, similar to Gods Unchained, but based on the Hive blockchain. Players use card decks to battle against each other, and those who win will earn rewards. As you do this, you will grow your rank and earn better cards.

You can earn cards by completing quests, and you can also purchase them on the marketplace, or directly from other players. When buying from the marketplace, you can purchase a booster pack that comes with five random cards. 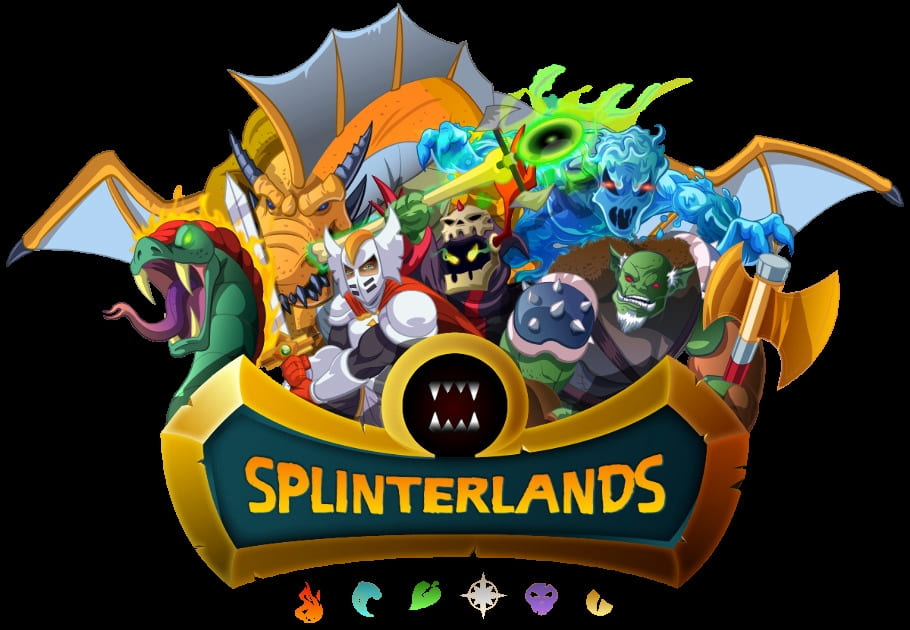 In order to earn real currency throughout the game, you can purchase an in-game item called the Summoner’s Spellbook for about $10 USD.

If you’ve ever played Magic the Gathering, either in real life or online, this game will feel very similar.

Gold Fever is a survival RPG with detailed graphics and immersive gameplay. However, it’s using blockchain to develop an economy around limited in-game resources.

In the game, you compete with other players in battles, which due to complex terrain and character traits, require strategic prowess. In the process, you collect clothing and weaponry, and other unique assets to aid your gold mining efforts. The more you play, the more gold you can mine, and the more you can earn as a result.

Another RPG, Neon District revolves around buying and trading in-game assets that equip you for battle. The better equipment you have, the more battles you can win. 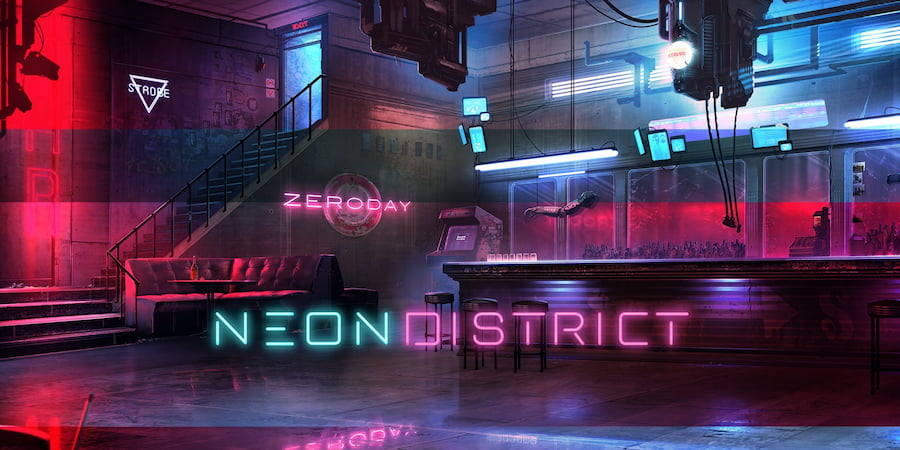 And you can sell virtually everything in the game for the game’s native currency, NEON. You can also use NEON to level up your character.

Cashing Out Your Rewards

As you can see, NFT games reward players with both NFTs, that can you can trade and sell, as well as native tokens. These tokens are actual cryptocurrencies that you can exchange for fiat currency on many different crypto exchanges.

One of the benefits of earning native tokens in the game is that as games grow in popularity, it’s likely that these native tokens will increase in value. Now all of a sudden, you have an investment in your hands, all by playing video games.

To sell NFTs earned in-game, you can list them for sale on one of the many NFT marketplaces available today.

Now that you know which NFT games 2021 has to offer, it’s time to start playing and earning today. Never before have you been able to earn real, valuable assets just by playing games.