What Are NFTs, And What Is Their Role In The Digital Art Market? 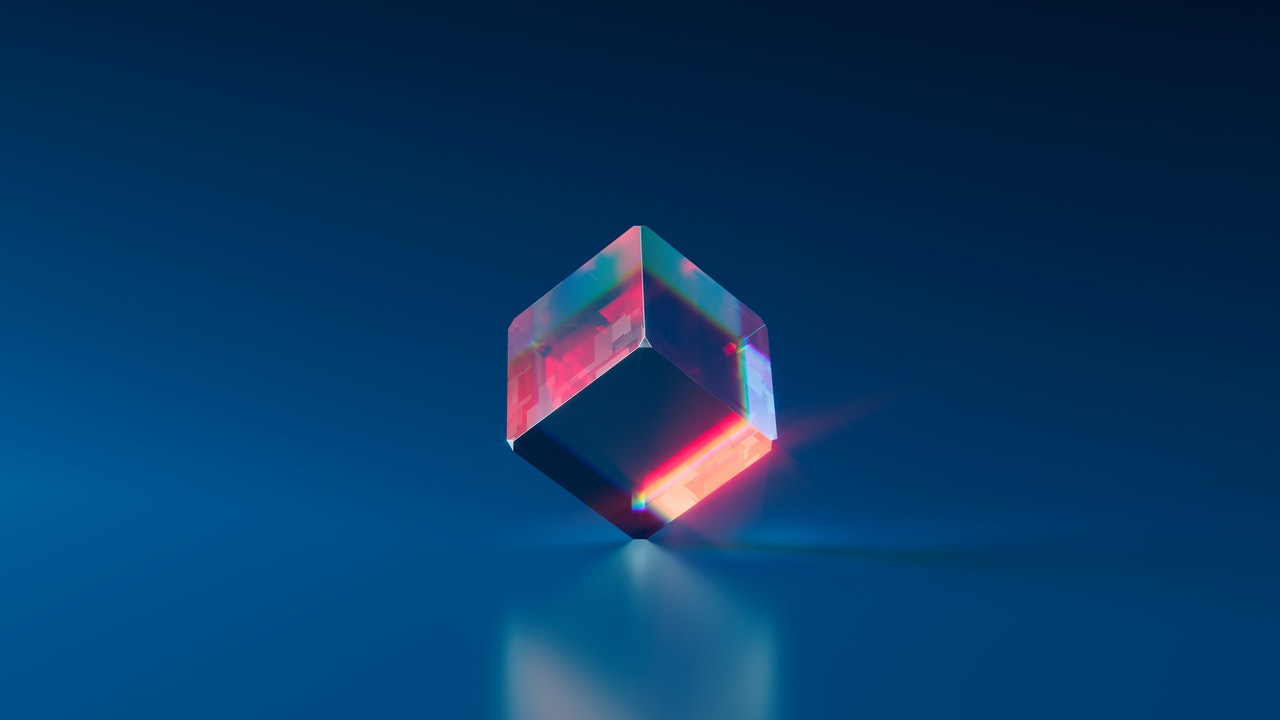 The cryptocurrency boom has brought growing awareness of the many uses of blockchain technology beyond digital cash. One of 2021’s hottest trends is Non-Fungible Tokens (NFTs): Unique blockchain assets that, among other things, can be used to prove the origins and ownership of image files or even physical paintings. This functionality has driven a thriving digital art movement, as both new and established artists learn the benefits of putting their works on the blockchain, democratizing art ownership, and accessing prestigious and lucrative new markets.

To understand why NFTs have caught the imagination of artists and collectors, it helps to know a little about the blockchain technology on which they are based, as well as the specific quirks of these tokens.

The Ethereum blockchain, which hosts most NFTs, is more versatile than the Bitcoin blockchain. If Bitcoin’s blockchain is a shared accounting ledger for digital gold, Ethereum’s is more like a decentralized, global computer. Ethereum can be used to run complex software, including transparent financial applications that anyone can use, and to create digital tokens that represent physical or virtual assets of almost any kind.

Most of these Ethereum tokens share certain characteristics, including divisibility and fungibility. Take Dai, for example, a stablecoin designed to track the US Dollar and provide a store of value on the blockchain. There are over 5 billion Dai in circulation, and––like other tokens that use the same popular standard––they are highly divisible. It’s possible to send someone as little as one million trillionth of a Dai. Fungibility, meanwhile, simply means that tokens are completely interchangeable, like $10 bills: One $10 bill is worth exactly the same as any other.

But now imagine a $10 bill that had been signed by Beeple, whose digital collage Everydays: The First 5000 Days was recently sold as an NFT by Christie’s for $69 million. Suddenly, that note is unique, or non-fungible, and very likely worth a lot more than $10.

Beeple’s Everydays was the first purely digital work to be sold by Christie’s.

These properties make NFTs ideal for representing rare assets of all kinds, and recording their provenance and ownership transparently on the blockchain.

While NFTs are being used to represent everything from physical assets like classic cars, paintings, and diamonds, to virtual collectibles like in-game items, the digital art market is where the technology has really gained momentum.

As the music industry found out to its dismay in the late 1990s, digital files can easily be copied and shared. This reality prevented digital artists from gaining significant traction. How can an artist prove ownership of an image, and prevent it from being copied all over the web without attribution? This is where NFTs really shine.

Any file, including an image file, can be processed to give a unique cryptographic fingerprint called a hash. Changing even a pixel of the image would result in a completely different hash, and it’s essentially impossible to create another file that has the same hash as the first.

Each NFT is permanently linked upon creation to the hash of the image file it represents. The token therefore provides both proof of ownership–if you own the NFT, you own the original image–and a record of the moment of creation, time-stamped by the blockchain. Together, this means no one but the creator can fake a copy of the NFT, or claim they were the image’s artist. The immutable blockchain is the final arbiter.

Of course, the image itself can still be copied. But that’s now a feature, not a bug, because a popular image that is widely appreciated has greater value than one locked away from public view. It’s not so different to the way that anyone can buy a reproduction of van Gogh’s Starry Night, but only the original is worth $100 million.

Thanks to these benefits, NFTs have proven extremely attractive to artists and collectors––and, as a result, to mainstream auction houses, which have quickly adapted to the changing times and technologies. Because NFTs can also be used to signify physical assets, even traditional artists have started to use them to add an extra layer of security and transparency to their work, to complement their existing offerings, and to blur the line between digital and physical realities.

The first NFTs were created just four years ago, in June 2017. CryptoPunks are a series of 10,000 unique characters, generated in 8-bit style as 24×24-pixel images. While “Punks”, as they are now known, could originally be claimed for free, they were quickly snapped up and these pieces of digital art history have become some of the hottest property on the blockchain. On June 10, 2021, a rare CryptoPunk was sold by Sotheby’s for $11.8 million. 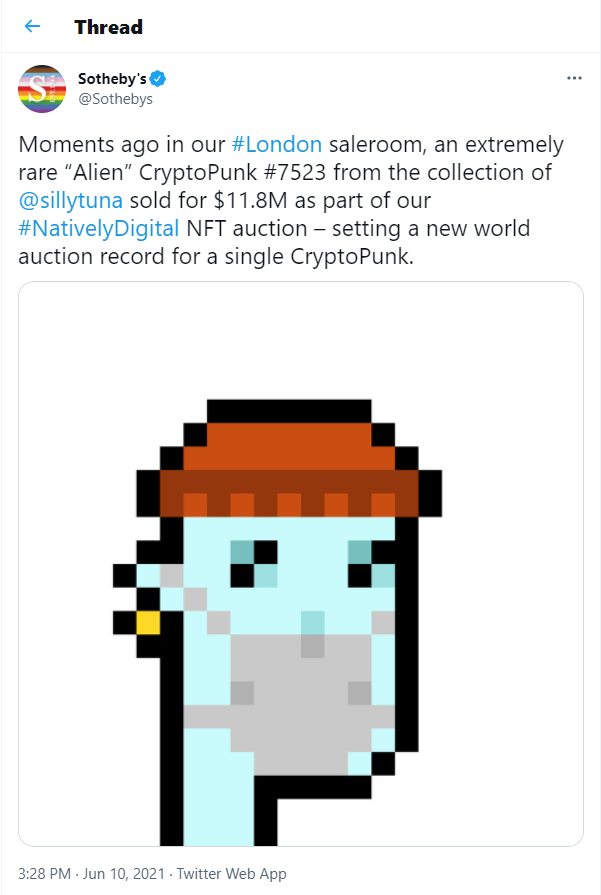 Punk #7523, dubbed “Covid Alien”, is the only CryptoPunk depicted with a mask.

While celebrated auction houses like Christie’s and Sotheby’s lend legitimacy to the emerging NFT phenomenon, these gatekeepers of the traditional art market are by no means necessary when dealing with digital art and the global blockchain. Online NFT marketplaces like OpenSea and Rarible do a brisk trade in virtual collectibles of all kinds, with sales ranging from just a few dollars to many millions. NFT news and information site NonFungible.com puts total monthly trading volumes for digital art NFTs alone at around $20 million, which is likely an underestimate given the active private market.